In the UK we will celebrate the 30th Summer Olympic Games this font has been created to help celebrate both the Summer and Winter Games from 1932-2012 and beyond, there were no great logos before then so from 1896 Summer and 1932 Winter, in 1992 the Games split to run on separate four-year cycles in alternating even-numbered years, also in 1916, 1940 and 1944 the War prevented the four yearly rota. 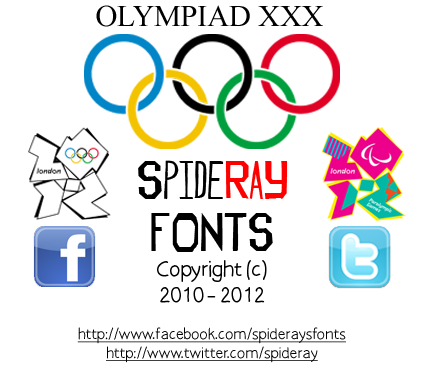 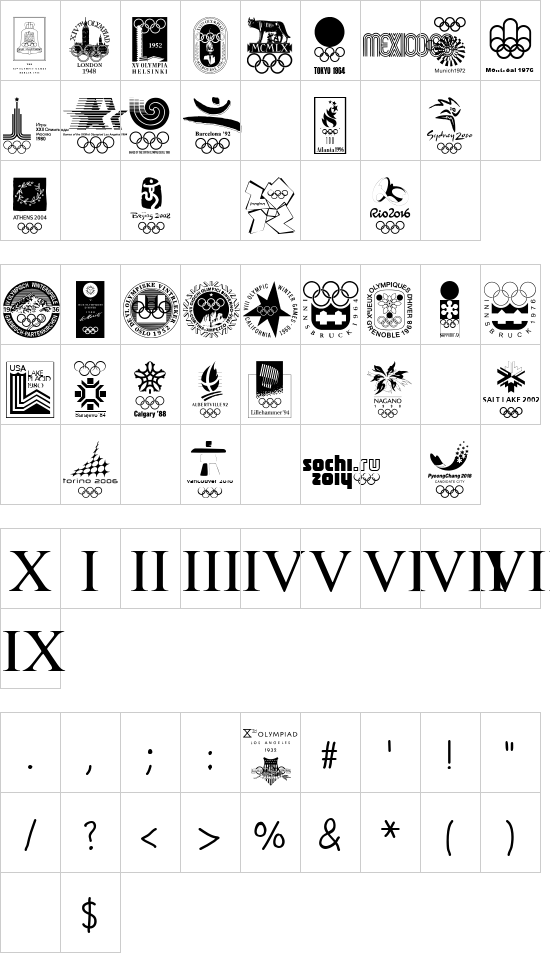 Fan-Based FREE Fonts for Personal use, Shareware, Commercial and Donationware and Charity Fonts